This thesis describes the design of equipment for Lasertag. The proposal is designed in
SVOZIL, Martin Control system for laser game weapon: 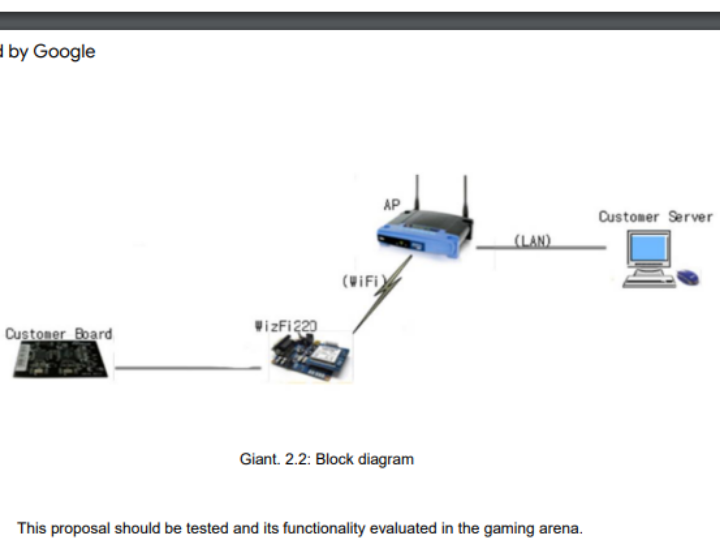 The bachelor's thesis is assigned for lasertag games, which will be designed and tested by BUT. The assignment of the bachelor's thesis consists of the design of wireless communication, a weapon unit and individual modules. The entire presentation of the proposal for laser tag was designed for a group of students and employees of BUT. This work was focused on the processing of the targeting circuit of the module, the lasertag weapon unit and the sound module. The aim of the semester work is the design of modules and printed circuit boards. For use 10 In the issue of laser tag, it is about processing information, recording and their separate process, both for individuals and groups. Lasertag is becoming more popular, and this is due to improvements in both hardware and software. To improve equipment and new designs, it is necessary to upgrade and construct new equipment, according to the needs of the game

DEVICE FUNCTION AND DESIGN FOR LASER

lasertag are games based on the use of a laser emitter and the detection of IIRA radiation. Basically, this is a popular game that uses a weapon unit that emits radiation, this radiation consists of two emitters, the IIRA and the laser. The second part of the device detects IIRA radiation. The proposal of this work is the partial design and later testing of the device. 12 The entire design of this work consists of a weapon unit and a sound device. The proposed device will later be tested and its functionality evaluated. The entire project is divided into working groups. This project is focused on the design of the weapon unit, individual modules and sound module.

Its quality and reliability will need to be tested during its operation to see if there is a loss of communication, or to adjust the design. To treat errors caused by communication malfunction, the system must be treated with a short-term memory that will record information about the progress. This recording will be carried out until the establishment period communication.

It also contains a 4 kB SRAM memory, also a 4 kB EEPROM, these memories will possibly be used for temporary data storage if it would not be possible to communicate with the database server. This proposal does not have to be implemented, first it will be necessary to test the prototype, but it meets the necessary parameters sufficiently.

When designing and creating a printed circuit board, you need to create the WizFi220 library [5], Four control LEDs are connected in the circuit, which indicate individual states industrial as well as domestic use. The WizFi220 [5] is a fully certified module, offering a quick and easy way to add Wi-Fi capabilities to a device, from this component is not in the base Eagle libraries, and the manufacturer does not support creation WIZnet. The module provides a serial UART interface that allows connection to any embedded.

where it receives instructions from the transmitter. After receiving the relevant instructions, transmit them via RS485 [3] to perform a sound effect (triggering an individual sound Sound recordings are stored in DataFlash memory AT45DB081D [8], which is on modules on the vest at shoulder level. There is a weapon sound module, it contains recordings compatible with others in the series range. block diagram 4.1 represents the design of the entire communication. sound circuit module with a memory of 8 Mbits, which should be enough for The sound system is on separate boards (sound modules). The circuit was designed to work in RS485 [3] (serial transmission type RS485), where it controls hit, individual early or sound effects. line to see if there is any information for him. This module is in the overall connection as it receives the sword Giant. 4.1: Interconnection block diagram for communication with sound modules when receiving wireless information from the database server to the weapon unit shooting sound, these sound recordings may change depending on the settings. Flash memory data will contain multiple audio recordings of gunfire (e.g. 24 sound of shotgun fire, rifle fire). The audio modules on the vest are for audio recordings of the game, which can include an audio recording of the hit by both the shooter and all necessary audio recordings. If necessary, increase the memory capacity, , There are three sound modules in the project. One is placed module

circuit board design was made. A program was also compiled The resulting device must first be subjected to many tests to see if it complete firmware for audio and capacitive switch. The sound module was created for gram without the use of dataflash memory due to the non-functionality of the test item in high resolution. for individual modules, subjected to analysis. no errors will occur, except for the mentioned problems. To make a complete The goal of the work was to design a device for a control system for a laser weapon, to design a complete device for a weapon unit and other modules. Wiring sub-parts however, it was not provided by the manufacturer. The seller of the product assumes a delivery time of July 2013. were subjected to verification of the achieved parameters, both in the design phase, using calculation or parametric analysis, as well as measurement of actual values. After the design is complete firmware. For the capacitive sensor, it is necessary to test the device in the body of the weapon unit, 35 which was not available until now. It was planned to test the microvibration motor, firmware, it is necessary to devote more time to the issue and complete the existing firmware. The resulting device was not fully debugged due to time constraints and issues related to the device under test. There were problems in the Atmel Studio software, with the complexity of commissioning the entire studio for the necessary equipment. A programmer for the tested device called "Biprog" was also custom-made. It was not created