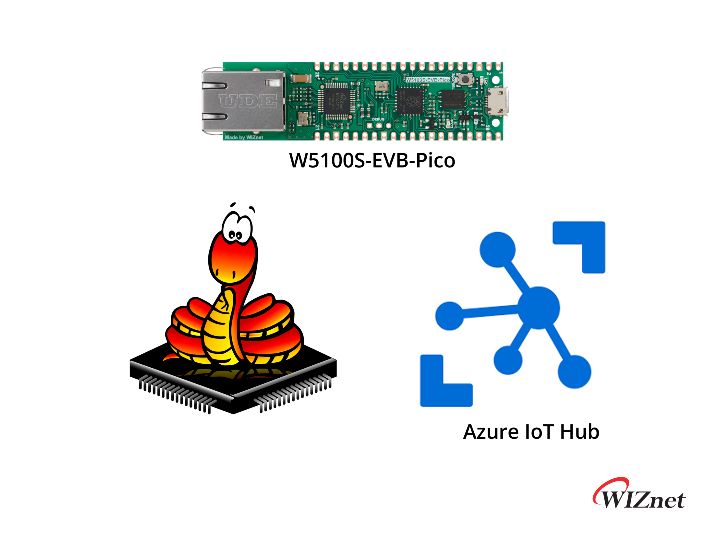 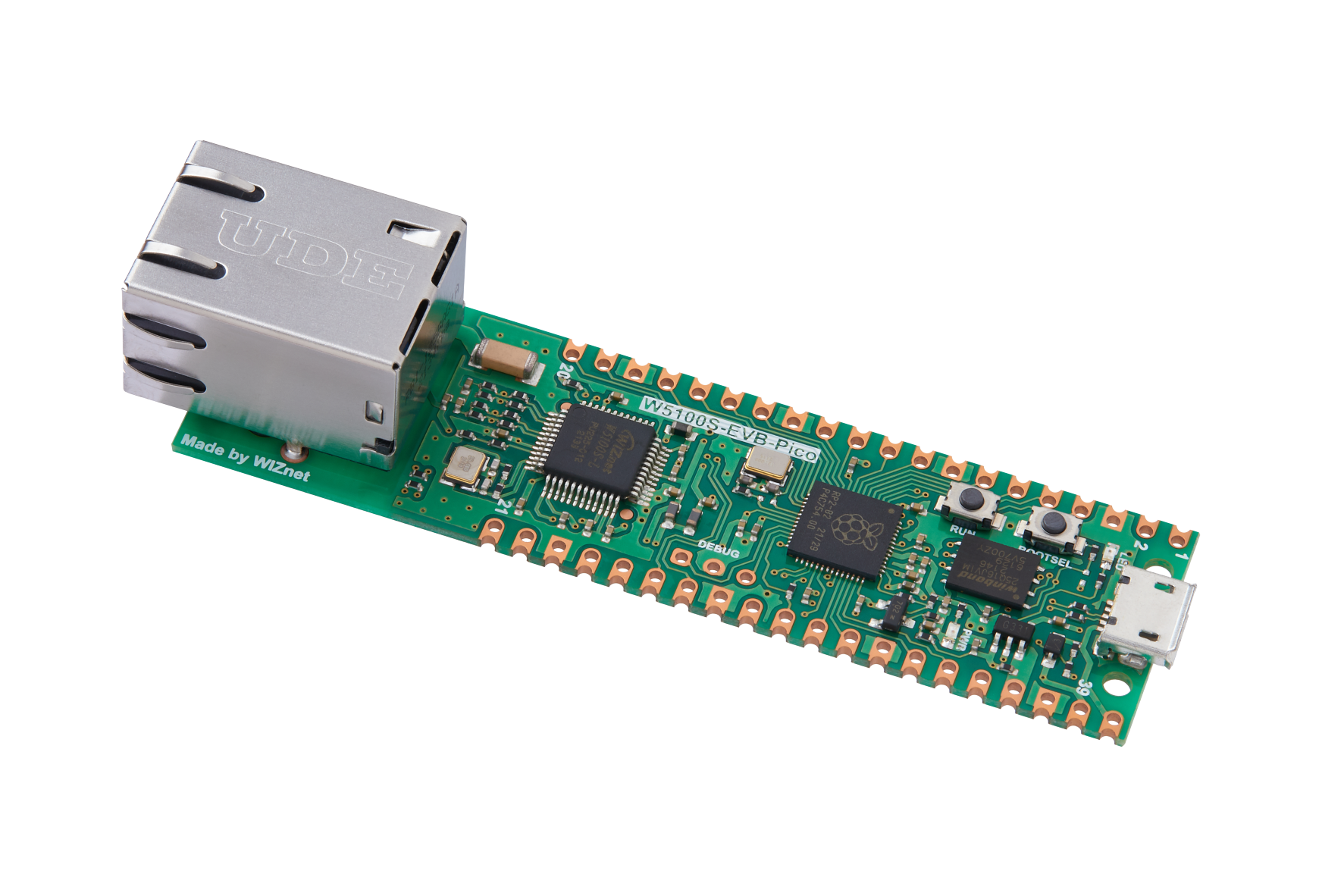 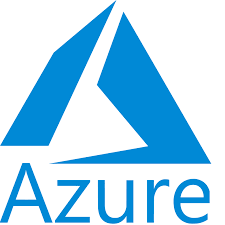 I used a SAS Token authentication method for IoT Hub.

There are various ways to create an Azure IoT Hub, such as the Azure portal, Azure CLI, REST API, etc. In the beginning, we mainly use the method of creating through the Azure portal.

Instructions can be found at the link below.

You can refer to the official documentation of Micropython for information on building the build environment, such as installing tools.

The build process was referenced in the README within the Micropython Repository.

Before building the device firmware, the mpy-cross build must be preceded. 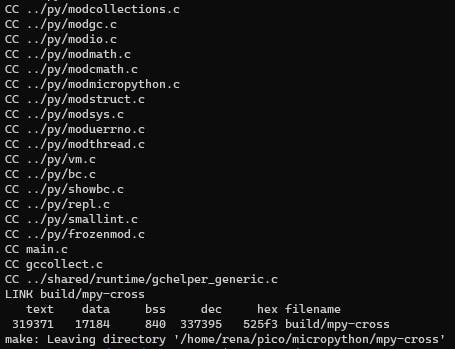 W5100S_EVB_PICOBuild the firmware using any of the supported devices.

A list of support can be found at Micropython: ports/rp2/boards.

This is the final build process. It takes at least a few minutes. 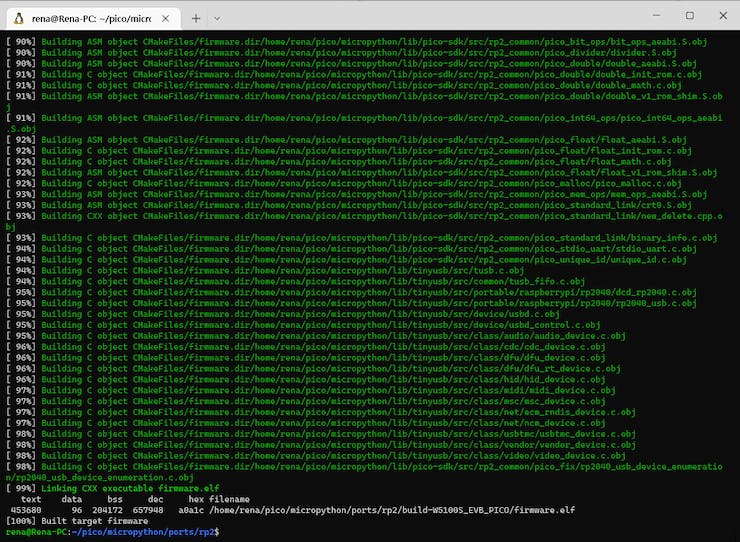 Upload the firmware to the device.

The shape of H/W v1.0 and v1.1 is slightly different, but the board I have is v1.0, so supply power (USB cable) while pressing the BOOTSEL button of the board, it enters Boot mode.

In the case of v1.1, if you press the RUN button while holding down the BOOTSEL button, it enters the boot mode and there is no need to re-apply the power.

The built firmware is located in the following path.

Now the work for firmware is done.

The example code was referenced in the IoTMQTTSample code in Azure-Samples.

[2022.10.14] As the master branch was updated, the Micropython directory was removed. Edit with commit branch address

Get device information from IoT Explorer

You need to get the information to connect to Azure IoT Hub and write it in your code.

See the Azure IoT Hub Guide: Communicate with your IoT hub using the MQTT protocol for what each field requires when communicating with MQTT

In the case of the example code, the data below should be obtained.

If you look at the code, it is implemented to parse the Connection String to obtain the Host name, Device Id, and Shared access key values.

There are several ways to get information, and among them, I used IoT Explorer.

Among the default permissions, iothubowner permission including all permissions will be granted to IoT Explorer.

Click iothubonwer, click the button to the right of the Primary connection string, copy the value, and then paste it into the window that appears when you click Add connection in IoT Explorer and save. 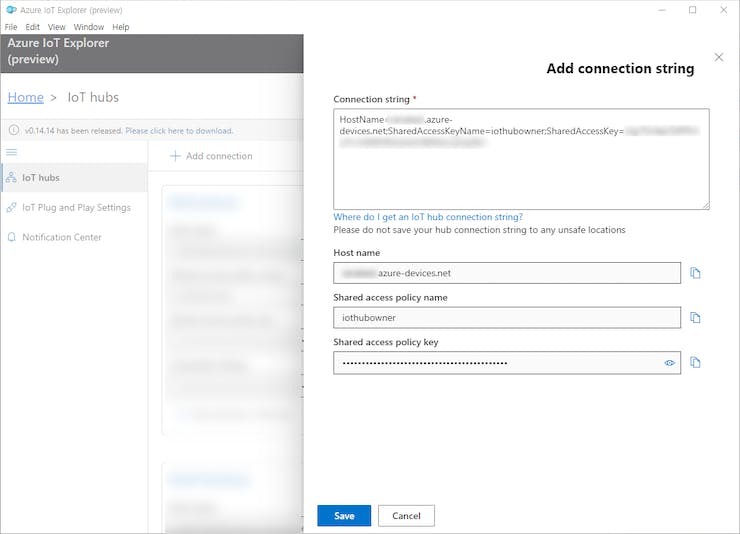 If you set up this setting only once in the beginning, you can perform most of the tasks for IoT Hub and devices in the tool.

After creating the device, get the information value as shown in the figure. 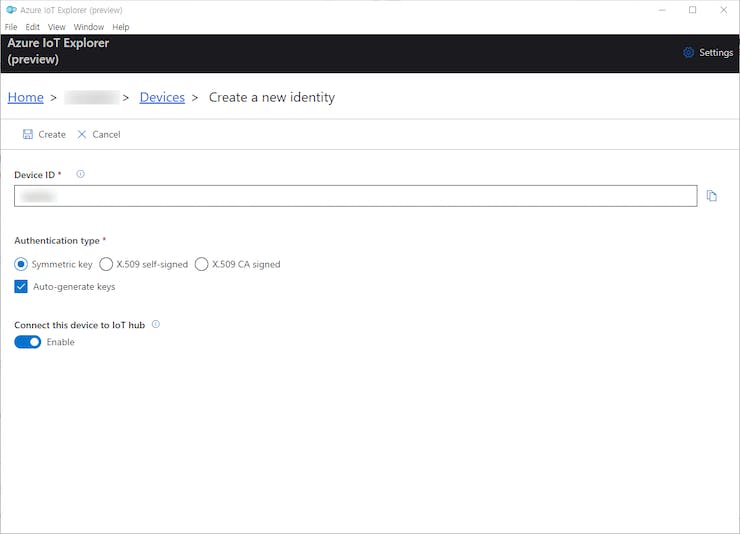 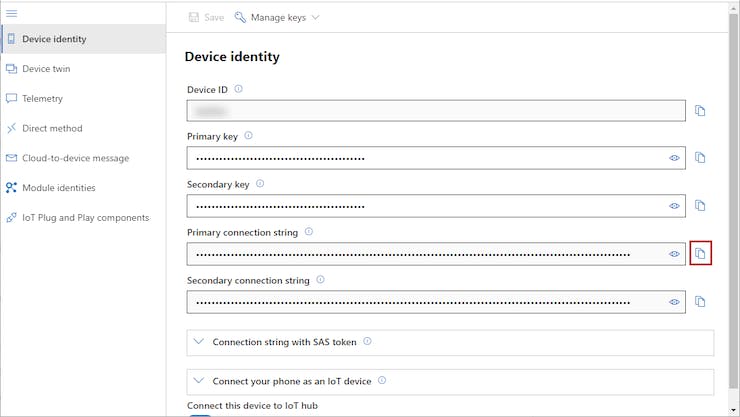 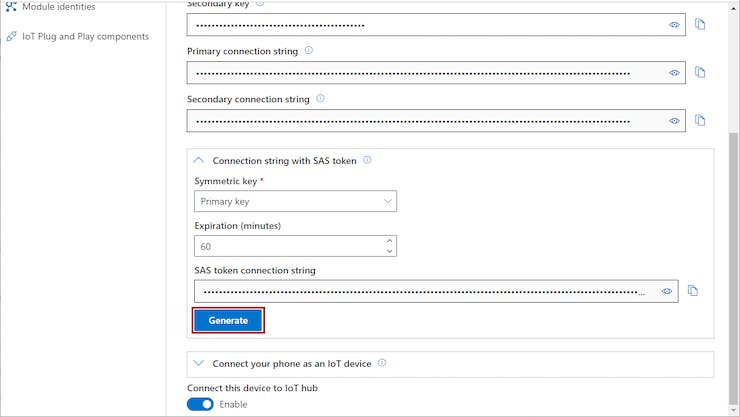 I uploaded the device code to the link below.

The following contents have been added and modified in the original example code.

Without changing to JSON, it is difficult to identify the data in IoT Explorer.

Install the library in the Thonny environment.

After selecting Tools - Manage packages from the top menu, enter umqtt and search. 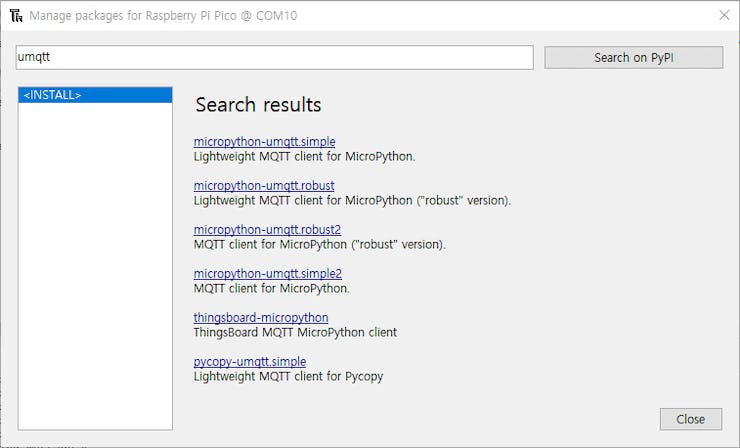 Among the found packages, install umqtt.simple and umqtt.robust in order. 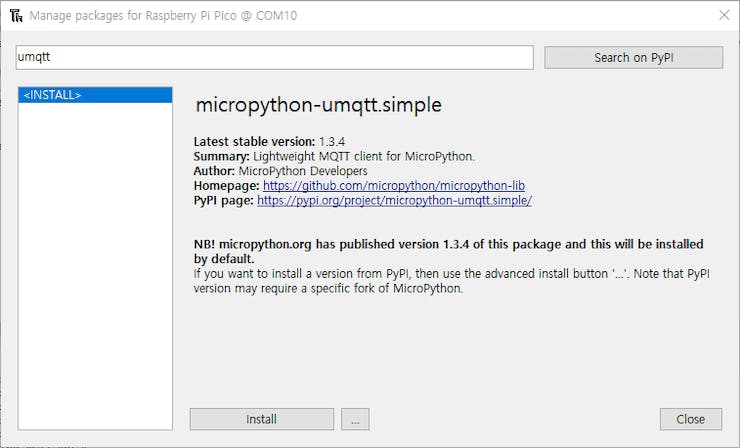 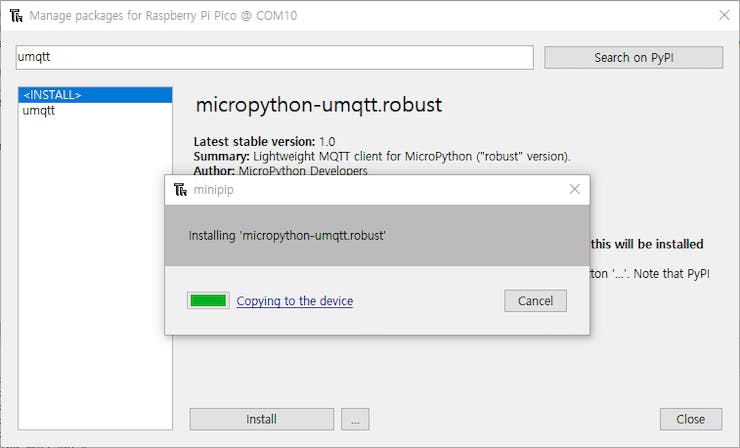 If the installation is successful, when you click umqtt in the list on the left, the installed packages are displayed as follows. 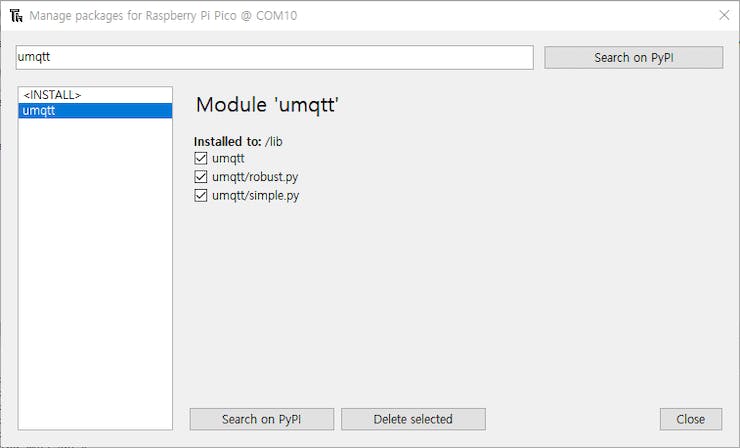 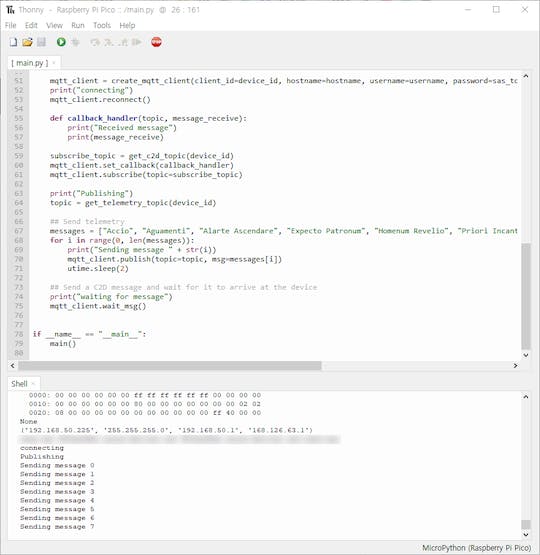 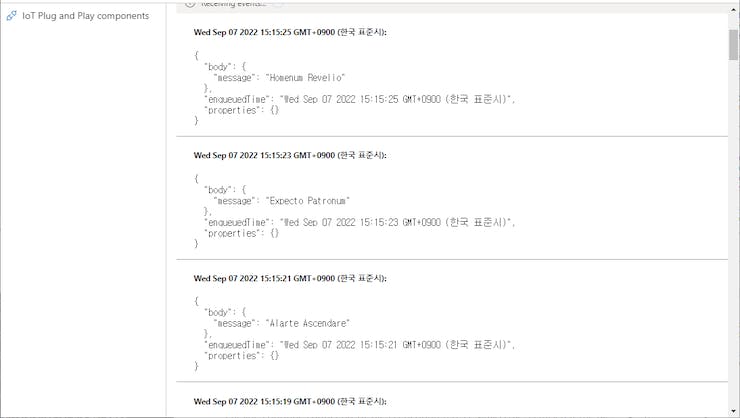 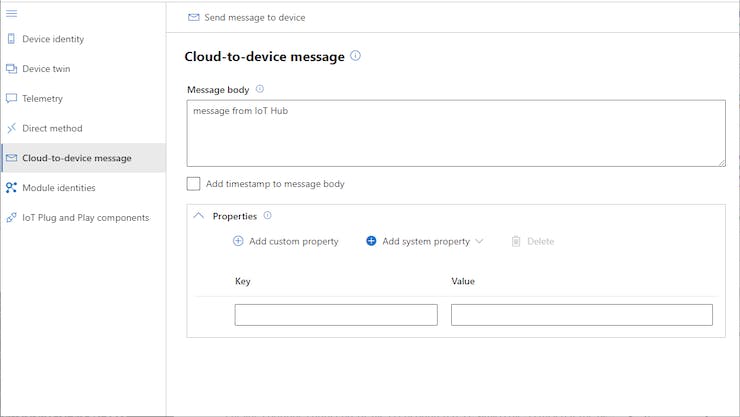 Learn to setup your mcGateway to be able to send data to the Ubidots cloud over MQTT.

Connect a mcGateway with Ubidots over MQTT