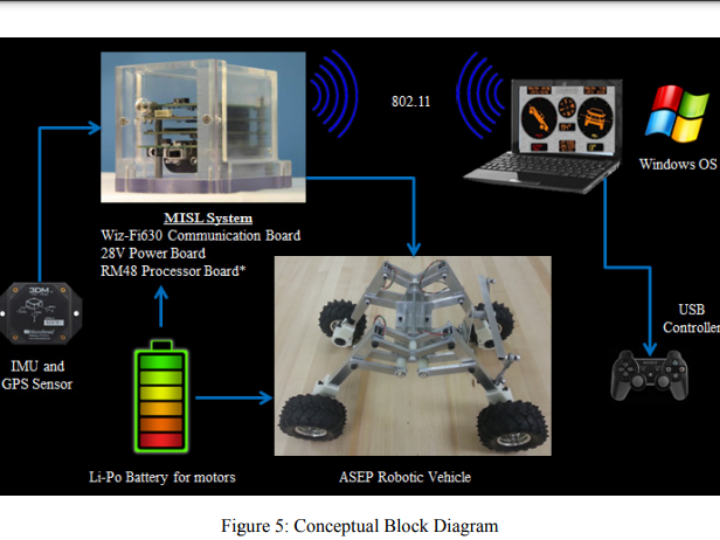 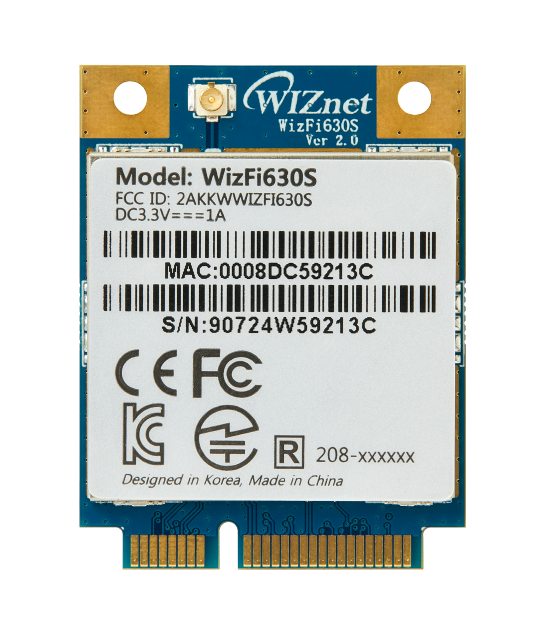 The use of microcontrollers and embedded systems within our technologically advancing world dominates realms including, but not limited to, industry, consumer market, and hobbyist sectors. Systems like Ardunio have taken a major role in a large amount of simple electronics projects within the hobbyist and academic realms. One feature that has added to Ardunio’s success is their Shield system, which allows for added capability and expandability of the hardware. However, the Ardunio platform is only meant for simple projects because of its limited memory, lack of industry communication protocols, and its insufficient processing power needed for major projects. But, Adruino is not the only company that currently supplies “rackand-stack” type systems. Texas Instruments has a system of interconnecting boards called LaunchPad. These boards are very inexpensive, but connect using large, fragile header pins. Freescale also has a system called Tower that is more robust and expensive, but is also quite large in size. Due to these constraints, there is a need for a new system that utilizes powerful microcontrollers that can be used by industry, academia, and other markets needing more advanced processing power, durability, is relatively inexpensive, and in a small form factor. For this reason, the Command and Data Handling (C&DH) branch at The National Aeronautics and Space Administration (NASA) Johnson Space Center (JSC) created the Modular Integrated Stackable Layer (MISL) system. NASA has created standards for data and power buses for connectivity between the multiple layers of this rack-and-stack type system. The Electronic Systems Engineering Technology (ESET) program at Texas A&M University (TAMU) is continuing the development of this system by creating a new processing board. This board is centered around the RM48L952 microcontroller manufactured by Texas Instruments (TI). In addition, the ESET program has begun creating a MediaWiki page to act as a resource for the MISL system open source community. Coupled with the drive for an open source system, the ESET program is currently making use of the MISL system in their Embedded Systems Development in C course. This sophomore level class focuses on an introduction to programming using the C programming language and the design and use of embedded microcontroller systems.

The height of the MISL stack will vary depending on the number of boards used and which connectors are appropriate for a given board. There are two possible heights to both the male and female connectors, which allow four possible heights between boards. For example, Figure 2 shows four layers with two different height dimensions between the layers, 0.354 and 0.276 inches. If both the short male (ERM8 & ERM5) and female (ERF8 & ERF5) connectors are used, the resulting board spacing is 0.276 inches, while a short male connector with a tall female connector will result in a height of 0.354 inches. The double red asterisk indicates the board thickness in this example is 0.062 inches. The bottom board in this example is the AA battery pack board which has a bottom height of 0.5 inches. After totaling all of the dimensions, the total stack height is just less than 2 inches in this example.

The height of the connectors chosen is determined by the max height of the components on the board. The potential problem of having a component height greater than the height of the tallest connector could arise. In response to this, several solutions have been found. The first would be to extend the board in one of the two available directions. An example is shown in Figure 3, where the board has been extended horizontally for a connector that would not fit in between the layers of the stack. The red area shows the board extensions with the two taller components shown in black.

If a component on the interior of the board layout is too tall or board dimensions are a strict constraint, then using the stack-up board adapter may be the best solution. This will be the best solution for users that are not designing hardware for the MISL stack. The stack-up board adapter is shown in Figure 4, with the red sections highlighting the solutions to the height problems.

Capstone Project The ongoing project at Texas A&M University by three ESET students is to take the current MISL system and create a new processing board, developed around Texas Instruments’ RM48L952 microcontroller. This processing board will be used with the existing 28 Volt power board and WizFi630 communication board to make up the MISL system for this project. This stack will then be mounted onto the Articulated Suspension Exploratory Platform (ASEP). The MISL system will allow the user to control the ASEP vehicle remotely using a gaming controller connected through a base station running a LabVIEW created Windows executable graphical user interface (GUI). This executable will allow the GUI to be run on any Windows machine, including Windows tablets.

The GUI will also display Global Positioning System (GPS) and Inertial Measurement Unit (IMU) data received from a sensor mounted on the ASEP robotic vehicle. Figure 5 gives a high level pictorial description of the Capstone MISL project. Located in the center of the figure is the ASEP robotic vehicle which will have the MISL stack mounted onboard. To power both the vehicle and the MISL System, a Lithium Polymer battery will provide 7.4 Volts DC. The MISL system’s 28 Volt power board will then regulate and convert this 7.4 Volts to 5 and 3.3 Volts DC which can be used by the other boards within the stack via the power bus. This same 7.4Volts will be supplied to the ASEP’s motor driver board to power the left and right channels for the motors. Since a two channel design is being used, the vehicle will drive similar to a tank type vehicle which will give the capability to make sharp turns. The GPS and IMU sensor being mounted to the ASEP vehicle is manufactured by Microstrain and will be powered by and communicate directly to the RM48 processing board via an onboard 25 pin micro-D connector. The data from the sensor will be polled at 10Hz, giving sufficient IMU data for the GUI. The stack will use the WizFi630 board to wirelessly communicate with the base station running the Windows GUI over 802.11. The USB controller, wired directly to the GUI, will provide user input and the controls for the robot. These commands will be wirelessly relayed to the MISL system so that they can be interpreted on the RM48 processing board. The processing board will then provide appropriate signals to the motor driver board to control each channel of motors.

Currently, NASA has produced about a dozen boards to fill different power, communication, and intelligence requirements for a variety of projects. However, some of the boards will not be released to TAMU or the public. This is due in part to security reasons and also a few of the boards created would not be applicable to public use. For example the ISA100 communication board would not be of benefit because the ISA100 protocol is almost strictly used by NASA. This being said, most of the existing boards will be released for public use, which in turn will create a library of available boards for purchase. Having past and present projects displayed on the Wiki will allow potential users to see how the MISL system could meet their needs as well as displaying the wide range of capabilities of the MISL system. The opportunity of having a moderated forum could allow users to interact and help grow the support community and knowledge base of the MISL system. Finally, displaying the use of the MISL system within the educational environment will allow other educators to see how the MISL system could be integrated into their electronics, robotics, and/or embedded design courses. How the MISL system is being used currently within the educational realm will be discussed in the next section. Having a place that contains this wealth of knowledge will harbor an environment of cooperation that is the foundation of an open source community.

This open source community would in-turn, allow for further rapid development of additional hardware and software for the MISL system, while at the same time driving cost down and making it an affordable system for all to utilize. MISL within Education The MISL system has had the opportunity to be used within the educational sphere when it was implemented by the ESET department in their sophomore level Embedded Systems Development in C course. This class is the first opportunity for ESET majors to be introduced to both the C programming language as well as the design and use of embedded systems. In this manner, the MISL system is a perfect platform to explore these two topics. The MISL stack being used contains the 5 Volt battery board, the Texas Instruments’ MSP430 intelligence board, and a breakout board that allows for the complete pin-out of the data bus. This pin-out allows for the system to be connected to a breadboard which could connect a variety of circuitry containing numerous peripherals. The breakout board also has onboard light emitting diodes (LEDs) which will allow students to not only learn how to control pin outputs, but can also be used to debug more intermediate code. Many educators have chosen various Adruino systems to implement embedded design, however the ESET program at TAMU believes that MISL system gives students a more advanced and industry minded system to learn on. This will better prepare students for future job opportunities using an industrial grade microcontroller. This also adds the idea of assigning a specific pin an available function. For example, a given microcontroller may have a pin capable of communicating using the SCI protocol, however the pin may also have the capability to act as an Inter-Integrated Circuit (I2C) communication line. In addition, almost all digital lines can act as a General Purpose Input and Output (GPIO).

To conclude, the MISL system is a versatile, space qualified system that is applicable in many environments including education, industry, hobbyist projects, as well as space applications. This multipurpose platform is composed of a layering system which allows for rack-and-stack, inter-board connections through a power and data bus. This gives the user the ability to choose the functionality they need for their specific project. The ability to swap space qualified hardware as well as the support of an open source community will set MISL apart as a versatile, high quality, inexpensive electronic solution for all users. Because of MISL’s capabilities and the opportunities it presents to learn about embedded software development and electronics in general, the MISL system has been integrated into the ESET program at Texas A&M University. To demonstrate the newly created RM48 microcontroller board, Texas A&M is currently integrating the MISL system into the ASEP robotic vehicle to give remote control from a Windows laptop or tablet. On this windows laptop a LabVIEW base executable GUI will display IMU and GPS sensor data from the ASEP robot