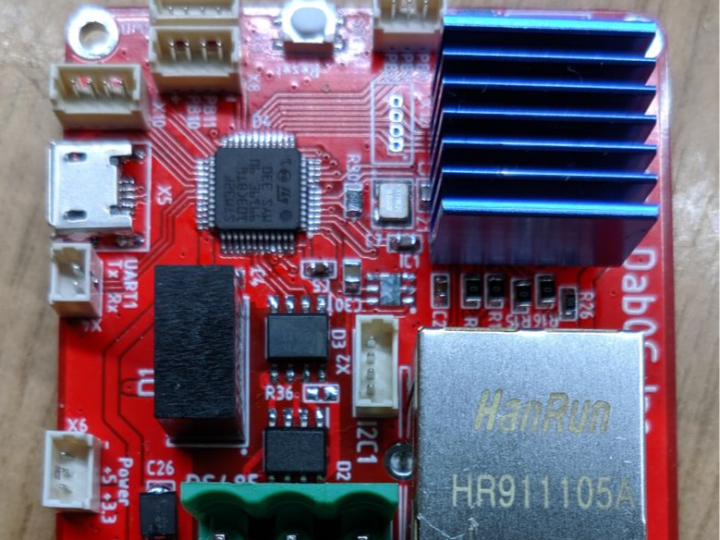 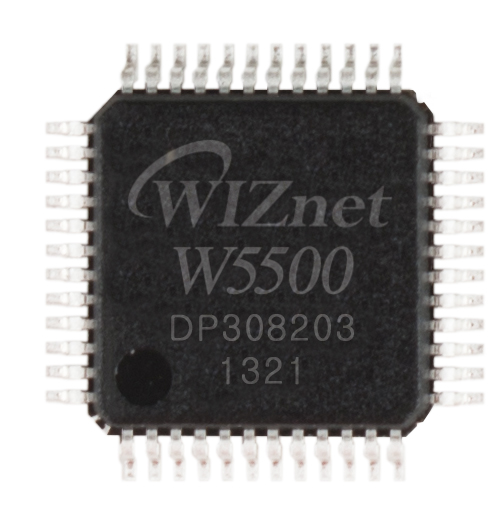 This gateway is based on the STM32F103CB(8)T6 MCU. A fairly well-known WIZnet chip, the W5500, acts as an Ethernet chip. The transport of this gateway in the Mysensors network is the wired RS485 interface. The chip - MAX13488EESA + T was chosen as the RS485 driver, including due to the presence of the automatic selection of the direction of reception / transmission.

The heart of the gateway is the STM32F103CBT6 MCU in a 48LQFN package. MCU built on the core of the Cortex-M3, has 128KB of internal flash memory and 20KB of RAM. The nominal MCU frequency is 72 MHz, but if you do not use the built-in USB port, then the frequency can be overclocked to 128 MHz, it works quite stably on it. MCU is powered by 3.3V. For full operation, you need two quartz, at 8MHz and 32.768KHz. There is a SWD interface for programming and debugging. MCU can also be replaced by STM32F103C8T6, it currently passes through memory quite well.

Ethernet chip W5500. Inside, it has a Cortex M0 core, for communication with the outside world there is an SPI port (speed up to 80 MHz). At 100Mbps, Full Link has a consumption of 132mA. There is support for Wake on LAN, it can control 4 LEDs 4 (SPD / DUP / ACT / Link) to indicate its mode. In the presence of 32 kB of RAM buffer memory to support the process of transmitting TCP / IP packets, hardware provides up to 8 independent TCP / UDP sockets (channel connections). The hardware supports the following switching protocols for processing a wired TCP / IP stack: TCP, UDP, MAC, ICMP, IPv4, ARP, IGMP, PPPoE. Operating temperature range -40 ... 85 ° C. The supply voltage is 3.3V.

And finally, the RS485 driver is MAX13488EESA + T. Integrated circuit in the case of SOIC-8 150mil. Data transfer rate up to 16 Mb / s. Operating voltage - 5V, current consumption - 4.5 mA. Allows you to connect up to 128 nodes on one RS485 line. Of the main features is the ability to turn on the automatic determination of the direction of reception / transmission, i.e. This driver can connect directly to the UART port and that's it! No extra gestures are required.