I made this project five to seven years ago because of a need for more refined control of the lights than a pre-programmed box could provide while running lights, sounds, and video graphics for funerals, weddings, and other events at an auxiliary location that doesn’t normally have a dedicated lights control console. Since this unit is run from a web browser I could handle all three tasks all from one computer.

When I first started on this 5-7 years ago I had everything on an Arduino UNO. But I found I was unable to command all 512 channels and it kept hitting memory and speed limits. After trying on an Arduino Mega I was still having memory problems and would not operate reliably. So I separated the functions of DMX and Web connectivity into a dedicated Arduino each. Finally after debugging the Ethernet shield problems I finally had a stable platform to reliably run a live lights show, complete with scenes and scene fading. Developing the browser interface front-end was what took the longest, trying to make it as intuitive as possible.

This project is an example of the following:

The TinkerKit DMX shield came without the connectors soldered on. I only soldered on the one for output. I also modified it by de-soldering the [RX Sel] pull up/down resister to avoid conflicts with the Ethernet Shield when I had everything on one micro-controller board, probably not necessary anymore but I mention it just in case. The old SeeedStudio Ethernet W5200 Shield has a hardware bug that requires you to restart it once you apply power.

If anybody has problems replicating the project for any reason (hardware/software/compiling) let me know and I’ll see if I can help you.

Extract and compile it for the Arduino Mega. Will not work correctly on an UNO and may even brick it. 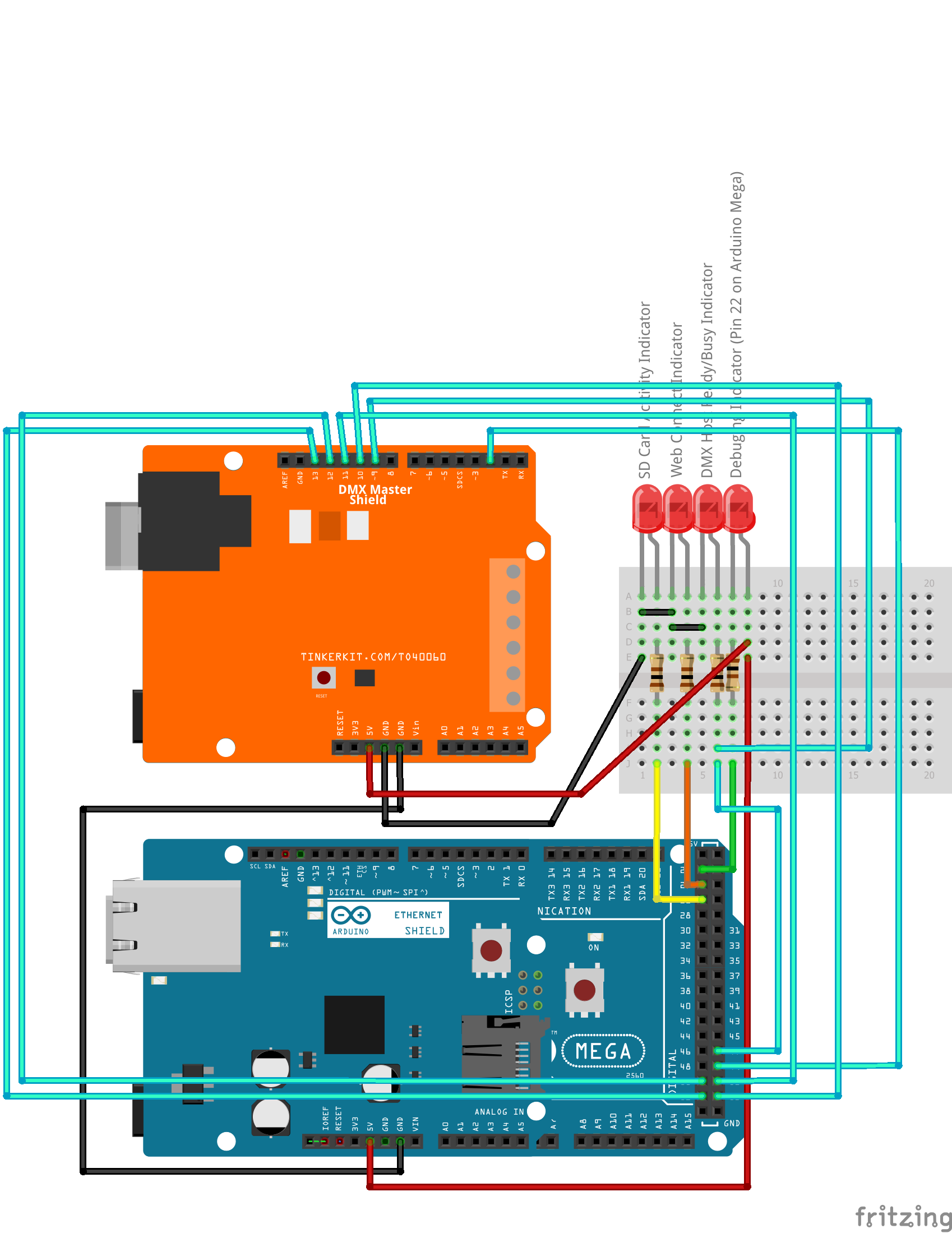