To have my own weather station, which transmits readings from sensors to a national monitoring map (searched in Google in 5 seconds). It turned out to be not as difficult as it seems. Consider what has been done.

For this action, I took myself an Arduino Uno and Ethernet Shield w5100 for it. All of this was ordered from China on Aliexpress.

Having smoked forums, google, yandex, I found a good version of the sketch –  https://student-proger.ru/2014/11/meteostanciya-2-1/

In the same place, in the comments, a person laid out a completed sketch with light and gas sensors. I took them as a basis.

In those sketches there was no support for the 280th pressure sensor, we talked to the author, he replaced 180 with 280. Everything worked fine (thanks a lot for that)

Below is an example of the final sketch that I got.

An approximate connection diagram (the picture is taken on the Internet from this sketch): 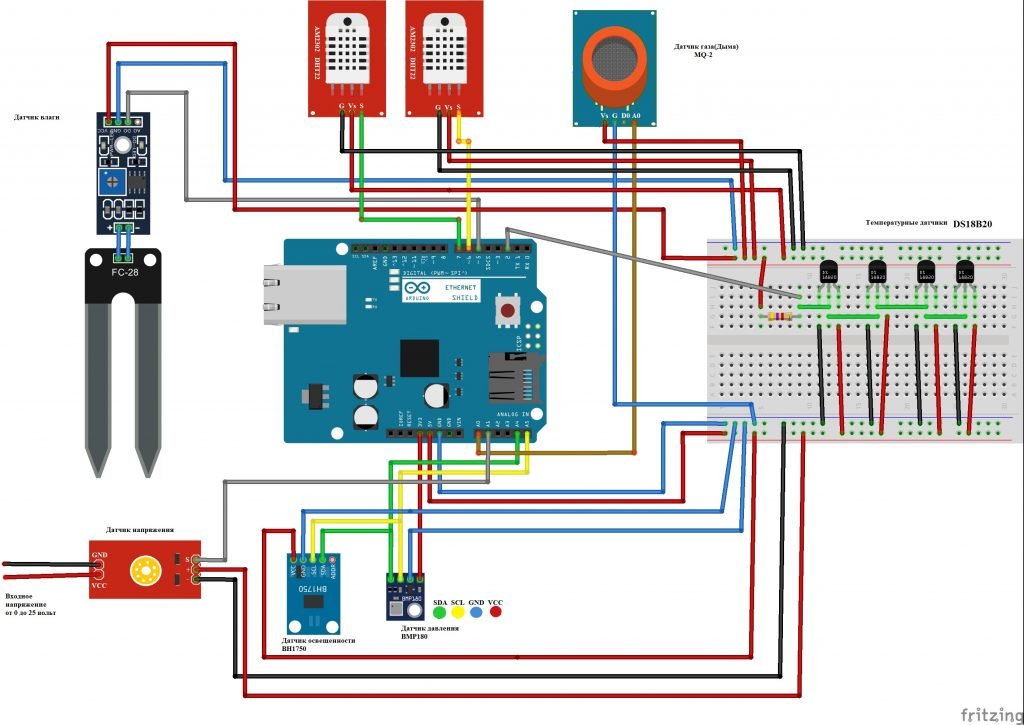 Download sketch (authorship and links in the sketch remained unchanged)

For technical reasons, I am unable to upload the sketch directly here. I put it in the archive. Link to it in the line above.

As you can see, there are readings, they are running properly, for example, I will post a couple of screenshots from my sensors: