I got some LoRa modules with SPI communication interface. One of the options it would have been to connect them to my Raspberry Pi. But, I didn’t really liked the idea because I already had some stuff connected to my Raspberry Pi, and this starts getting unmanageable.

So, I decided to create a LoRa-to-Ethernet gateway that can be connected directly to a home router. The WIZ750SR module with its Ethernet interface and Cortex-M0 SoC was a great candidate to implement such a device.

I used two 433 MHz modules purchased from AliExpress. The boards are powered by the Semtech SX1278 chip. 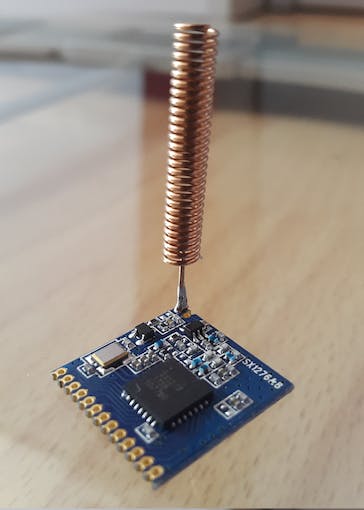 After attaching a ribbon cable to the board and some pin headers to the other end the boards were ready for testing.

The Lora Module is connected to the Arduino boards as follows: 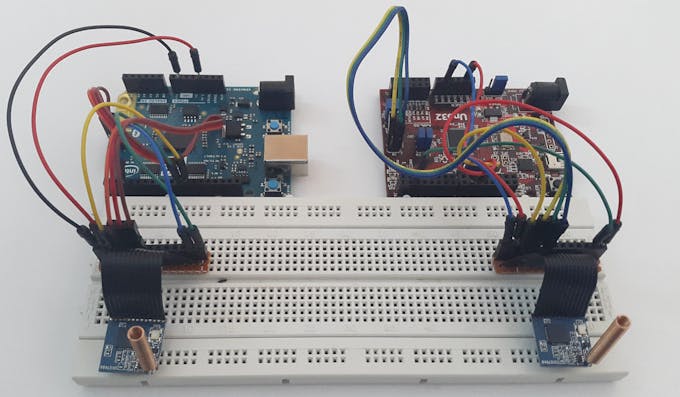 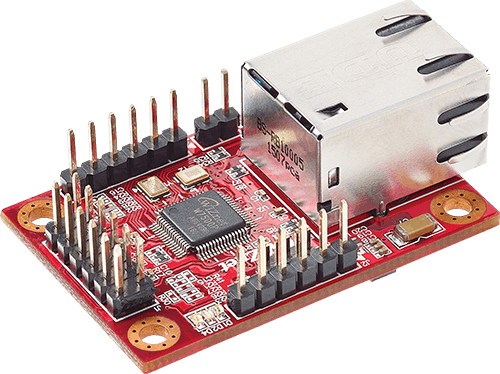 The board allows controlling serial devices over an Ethernet network, but with a custom software is capable of much more than that.

The board is powered by the W7500P SoC. The W7500P, according to its datasheet, uses an ARM Cortex-M0 core and along UART also supports I2C, SPI and standard GPIO.

After successfully getting through the Getting Started Guide, I started implementing the LoRa related functionality.