This project is an example of Ethernet shield.
User can manage his house easily by using Arduino platform through Web.
This project would be included in Remote control category of WIZnet Museum.

Using an inline power outlet (Goes between the wall socket and the plug) to control any household appliance that is wall powered from the Cayenne dashboard/app.

Can use the Cayenne scheduling feature to act as a time switch, or use the capacitive touch sensor to turn on or off the outlet.

Currently have it connected to my portable heater in the corner of the room.

The cayenne app and dashboard is perfect for this project.

When the capacitive touch sensor is touched, the virtual latching pin is changed between on or off, which triggers the output relay. 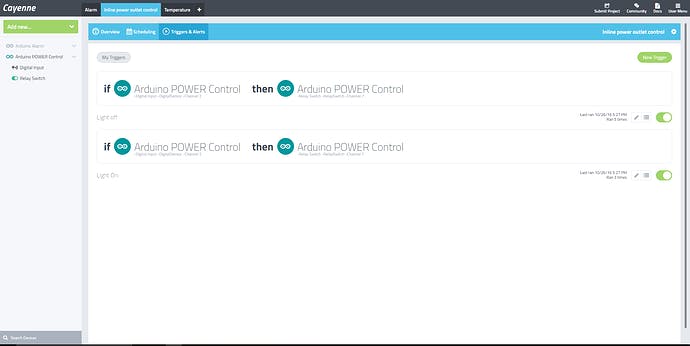 If you want to know more in detail, refer to