This project is Arduino to Bluemix tutorial. It is shown in detail how to connect a Bluemix. 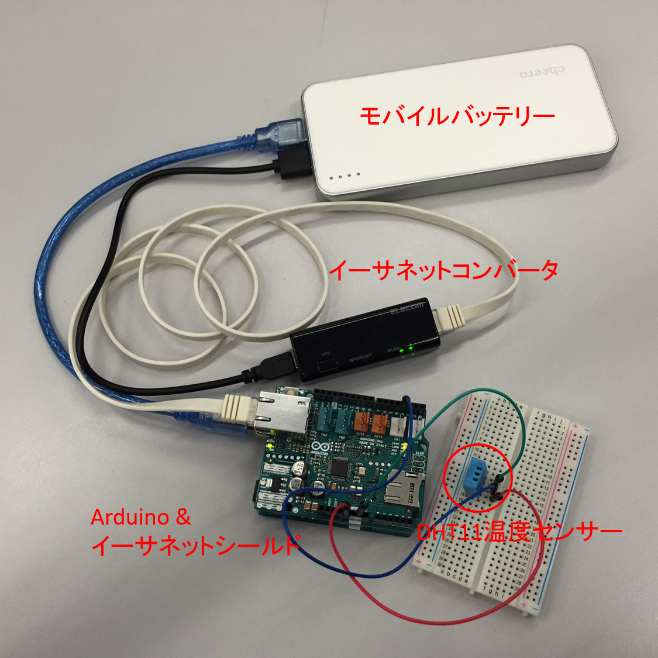 That was prepared is the following.
Arduino UNO R3 ( Reference )
Arduino Ethernet Shield 2 ( reference )
DHT11 temperature sensor ( reference )
Ethernet converter ( Reference )
The point is to find a cheap WiFi router can also be used as an Ethernet converter. ” Elecom WRH-300BK2-S ” also functions as an Ethernet converter, it recommends small and the price is also affordable.
Connection to the Internet is using the tethering function of iPhone.
It should be noted that, this time of the Ethernet shield so “Ethernet shield 2”, there is a need to develop in 1.7.2 of Arduino IDE. This time, we used 1.7.8.
To function sample of the Web server
When operating a sample of the Web server, because it uses the Ethernet shield 2, use the “Example of sketch> Ethernet2> WebServer”.
At this stage, WiFi router is connected by a direct LAN cable Ethernet shield and the PC without, to the Ethernet port of the PC is used to check the operation to manually assign an address.