This is a project to control cars using an Arduino and a Windows Azure service. The Azure service contains an AI speed controller to adjust the running of the cars to prevent them from breaking out of corners and bumping into each other. Also it will adjust the speed for the cars to run faster at the straights and slower in the corners and put a maximum speed on specific cars so trucks will run slower than passenger cars. I’ve split this objective into 3 phases.

Run a single car on a simple oval track. Control the speed and gather metric data while the car is running or standing still.

Run two cars on the oval track divided into six separate sections. Control the speed of the cars not to bump into each other’s backs based on the gathered metrics.

Below is some detail on the first phase I completed by now. I’m currently working on the second phase. In this article I’m not going into code details as it’s all plain C++ for the Arduino, C# for the Windows Azure service and SQL for the Sql Azure database.

The service runs in Windows Azure. For logging and collecting the metric data there are a couple of SqlServer Azure databases. 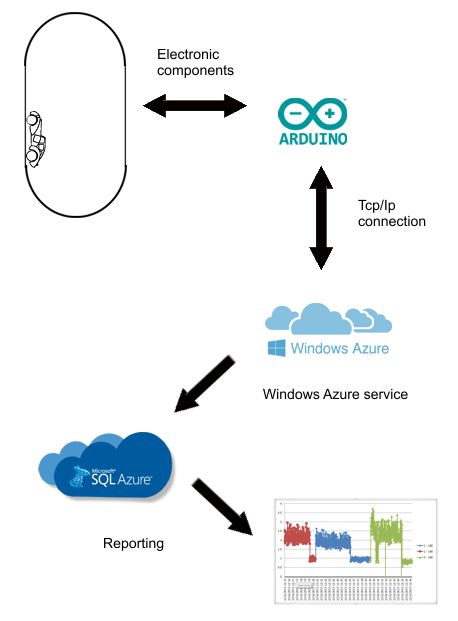 The Faller Ams track is connected to the Arduino via the electric components. Basic power supply is from an old Fleischmann model train track supplying between 0-17 volts 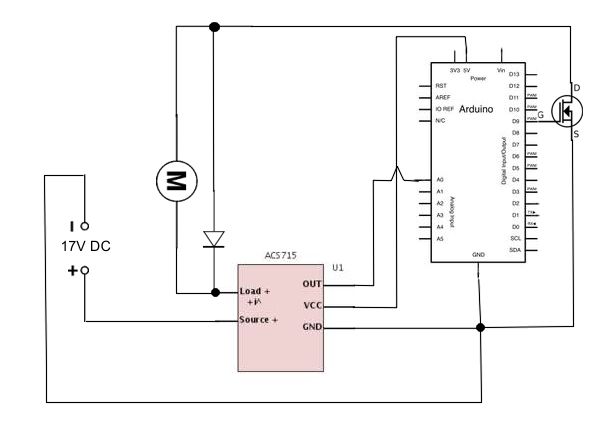 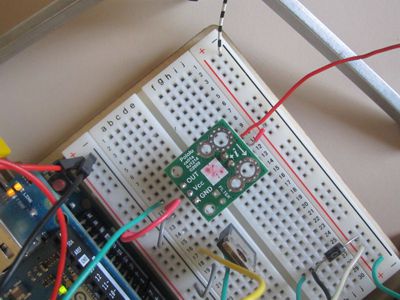 Now the track is divided into 6 separate sections, two straights and four 90° curves:

To drive the 6 sections I’m using a multiplexer. This is an IC component designed to split one lead into multiple leads (demultiplexer) or the other way round to converse multiple leads into one (multiplexer).The Arduino has 6 PWM ports so I could wire each section into one of them. Apart from blowing up one PWM port during my experiments, leaving me with one short, this will also become a problem in phase three connecting dozens of sections. The multiplexer 4051 has 8 ports and is very cheap so this I will use. With 5 PWM ports still functioning this will drive 40 sections and that should be enough for now. The multiplexer sits on the left of the breadboard and on the right are the six MOSFET it controls. Below these are the optocouplers discussed in the next section. When you look closely at the attached video clip you can see the car already slowing down in the curves using this setup. 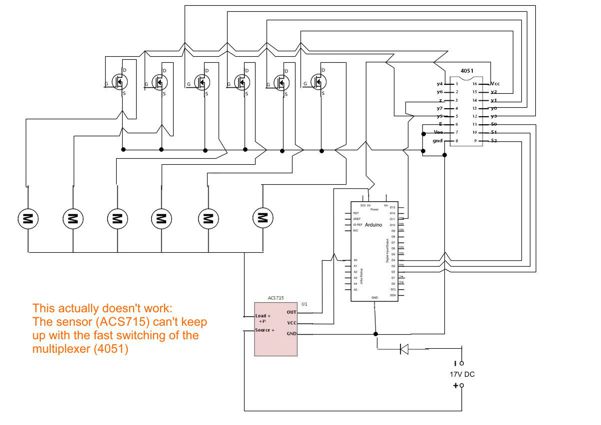 I’ll have to look into several issues as preparation for phase 3:

These track sections are waiting to be connected: 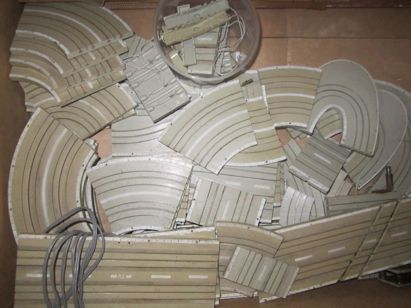 And here are the cars (at least the ones that are still functioning): 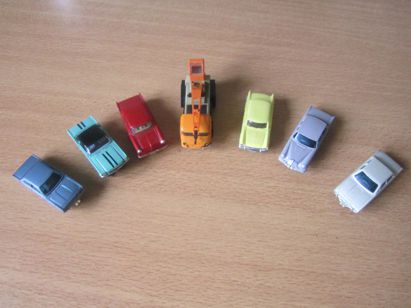